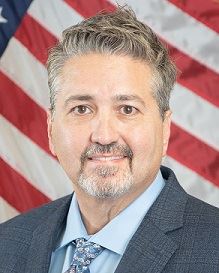 Ron is an Arizona native born at Ft. Huachuca while his father was stationed there.  During his youth he moved every couple of years living in Pennsylvania, Virgina, North Carolina, South Carolina and Florida.  He attended the University of Florida, but left the structure of college to become an entrepreneur.

Ron believes in fair, honest, hard work and has utilized this while building his own company.  He currently is the Regional Operations Manager of All My Sons Moving & Storage, covering all of Arizona.  Ron has been with All My Sons Moving for 20 years and has built the company's reputation to what you see today.  He plays a leadership role in All My Sons, mentoring many of the leaders of the 68 offices across the United States.

Ron relocated from Dallas, Texas to the West Valley in 2013 with his wife Anne Shassetz Clair and his son, Austin Clair.  Anne Shassetz is a long time resident of Litchfield Park and her family has lived here since the 1970's.  His son Austin Clair graduated from Millennium High School and attended ASU.  Austin was very active in the band at Millennium and ASU, he now lives in Tempe.  Ron and Anne remodeled Anne's childhood home and currently live there.

Ron is a proud Rotarian and has engrossed himself in the community.  He has served on the Recreation and Public Grounds Commission and helped with many of the needs of the Litchfield Park Historical Society, participating in their fundraisers to restore the La Loma Homestead.  Ron also is very active in the Mercy House in Cashion, Arizona providing assistance to local children in need.

Ron's company trucks from All My Sons Moving can be seen all around the Valley moving families.